High Peak Tent with its plentiful supporting facilities will add up to a perfect and compelling elegance to all kinds of opening ceremonies. Holding a outdoor luxury white wedding party with High Peak Tent’s best quality and design wedding marquee tent.

Liri High Peak Tent are very flexible. We have a wide range of marquee tent accessories and ancillary equipments to tailor a marquee interior to suit your wedding. 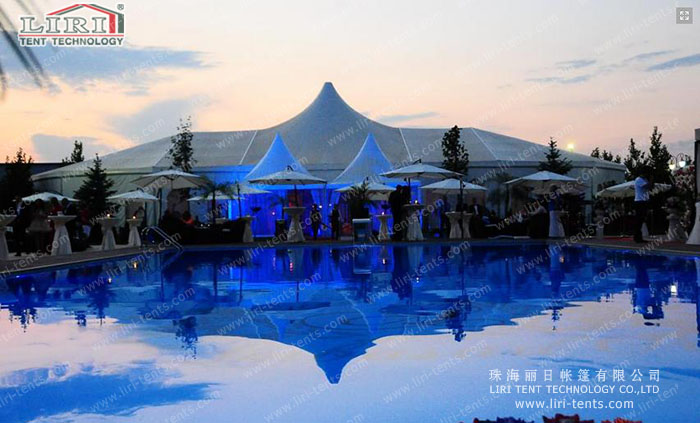 Over nearly two decades,with its high-quality,product safety,as well as efficiency,flexible and diversified services,Liri Tent had won great reputations from customers all over the world. Liri Tent whose products have been exported to over 100 countries and regions has maintained the leading position in tent exporting for 18 consecutive years and has been the exclusive supplier or sponsor of numerous domestic and international events including:

2010 Tent for concert in Columbia